For those of you who may be visiting or are not regular attendees here I offer a few words about this very day today, Ground Hog Day, what I call my High Holy Day.  The history of this day in ancient times was introduced to us in this church back in 1967 when our minister, the Rev. Marjorie Newlin Leaming preached her first sermon to the search committee when she accepted the call to serve this church.  Each of the 16 subsequent years afterward, on Ground Hog Day or a Sunday close to the  2nd of February, she would use the observance of Ground Hog Day to preach from her eco-theological perspective, which basically was about pausing and reflecting on how we as earth creatures are grounded here on earth, that this planet is our home and all life is interrelated.

Just think, Rev. Marjorie’s sermon was offered in the late ’60s, before Earth Day was declared a national observable holiday, before we as a nation paid attention to the health of our streams and rivers and the air we breathe, before we connected pesticides to illnesses directly affecting workers in the fields, before we knew about mercury in the ocean and in the fish we eat, and way before anyone ever gave any attention to plastics and the harm we bring upon ourselves using them.  So Rev. Marjorie’s message about giving the earth its rightful due was radical.

Some of us, most of us either loved it or at least found it engaging.

For me, it helped me understand why I felt so nurtured by nature, why gardening was a must, why hiking in the mountains was so rewarding beyond sore muscles.  Marjorie took our consciousness of earth to a higher level, revealing more each year of what she called eco–theology.

Her sermons were collected in a book titled Saving the Earth, Saving Ourselves:  A Bear-Centered View of Religion, Ecology and the Consciousness Revolution.   It’s “bear-centered” because we, like the hibernating bear and the emerging ground hog are animals, dependent on life around us for our basic needs: the earth feeds us, provides us materials for shelter and garments to protect us from the elements.    Like them, we have a beginning, middle, and end to our lives.  Her message was that we, in our time from the ‘60’s forward on, are in the environmental crisis we’re in because our patriarchal culture leads us to want in excess the wrong things in life: money and power.  She felt there is hope for the world we live in if we become more humble as human beings, realize we have a place in the scheme of things along with other beings, that we’re not supreme beings with a supreme intelligence, other than the ability to reflect back to see the amazing life around us, but we are not the directors here.  All we have to do to, for instance, to stop the climate change is to stop hoping for wrong things like technological fixes and begin to pay attention to life around us and deepen our valuing of our planet home.  We can begin to do that by changing our orientation, in other words, through seeking understanding of ourselves — understanding who we are and what we want.

Speaking of understanding who we are, lately I’ve been hearing a lot about loneliness.   How so many of us are lonely and friendless to boot.  It’s such a paradox when in this time of multiple ways of connecting on the internet and in community-based activities, that loneliness is such an issue.  I’ve been stunned by AARP reports of older women not only being particularly vulnerable to scams and other schemes of fraud, but going so far as to hear that one woman actually  admitted she participated in herself being scammed because she liked getting the phone calls from male callers!

But even less extreme as one writer put it, “loneliness seems to have reached epidemic proportions, with consequences [having to do with how we are with one another], but also physical… Loneliness is making us sick, literally.  The American Osteopathic Association found that 72 percent of Americans experience loneliness with 31 percent experiencing it at least once a week.”  We human beings are not solitary creatures.  We live and thrive in communities, communities of other human beings.  But beyond human life, our connections extend beyond the human to other animals—which is why so many of us have pets—and feel nurtured by plants and trees.  Novelist Richard Powers writes of “species loneliness,” as a way of describing the severity of human disconnection and dysfunction we see around us.  We are so keen to dominate, so keen for instant gratification, “we have put ourselves in solitary confinement, and what is worse, have even become tormentors of the nonhuman.” (X’n Century, p. 10) We can think how we still do animal research, for example.

Researchers Eva Selhub and Alan Logan point to a cure we all possess for loneliness in their book, Your Brain and Nature.  They show that nature “nourishes our bodies and souls, making us feel less lonely.  …Oxytocin is the connection hormone, the love hormone critical for health—nature’s antidote to loneliness.  It’s released when we experience closeness with other beings—including animals.”

And I imagine this is what happens to me when I wander around the fruit trees in my small orchard, talking to them, thanking them for their beautiful fruit.  They feed my soul, as do the four legged creatures that take shelter at night in the now very tall cypress tree Dick planted decades ago.   Those creatures rustling in the tree cause a few rustic Greek donkey bells I got years ago to clatter when the animals are about.  It pleases me that they take shelter there.

It’s trees I want to say more about.  We humans take them for granted, yet they are so present in our lives.  There’s a picture of my grandfather and me sitting under a beloved sycamore tree in his yard, gathering dandelions.  A picture of our wedding party in front of an ancient oak tree on a wild ranch in the Upper Ojai.  I imagine you have memories of trees in your lives.  In a moment, we’ll invite you to share a few.

Trees do quite remarkable things standing right where they are as we are finding out more and more about them all the time.  I’m grateful to forester Peter Wohlleben for his findings of trees as community and teachers for us all in his beautiful book, The Hidden Life of Trees.

Wohlleben writes when we think of language, we think of what people use to connect with one another.  So we’ve grown accustomed to thinking that talking is just for us humans.  But trees also connect with each other, but how?   Anyone want to guess?  It’s by scent.  By releasing blossoms which invite bees to drop by for the sweet nectar they get when they do so.  (p. 13 f)  But trees’ scent has a more complicated story.  Years ago, scientists in Africa noticed the giraffes there were feeding on umbrella thorn acacias, which the trees did not enjoy.  Amazingly, the trees fought back by pumping toxins into their leaves making them no longer appealing which got rid of the animals.

The giraffes got the message and moved on—but not to the same kind of trees nearby, because those trees got the warning from their own kind that a crisis was at hand and prepared themselves accordingly.   Something similar happens in our forests.  Beeches, spruce, and oaks all register pain as soon as some creature starts nibbling on them.  When a caterpillar takes a hearty bite out of a leaf, the tissue around the site of the bite changes.  Oaks, for example, carry a bitter, toxic tannin in their bark and leaves which either kill chewing insects outright or at least change the taste of the leaf to such a degree that eating them becomes unpleasant and they move on.  So trees are not passive creatures that just stand there and take what comes their way—they put up defenses and protect one another.

There’s also another world underground: the fabulous fungi which operate like fiber optic Internet cables. (p. 20) Fungi can live over centuries, a single fungus can cover many square miles providing network for an entire forest.  Over decades, a fungus’s underground web known as mycelium, expands.  There is a fungus in Oregon that is estimated to be 2,400 years old, extends for 2,000 acres and weighs 660 tons.  This makes fungi the largest known living organisms in the world.

Trees are our silent neighbors just outside, just standing there but orchestrating so much life around them and us.  Now I’d like to hear from you.  Trees that have enhanced your life, helped make the scene for a special event, have seemingly watched over you, given you inspiration….

To conclude, I offer these words (adapted from Abraxas)

“The mystery is we are connected even when we feel apart.

Trees teach us that.  May we give thanks for our common life

which makes the many one.”

Tricia Gates Brown, “Our Species Loneliness;  How we’ve cut ourselves off from nonhumans.”  Christian Century, January 29, 2020.

Peter Wohlleben, The Hidden Life of Trees, The Illustrated Edition, 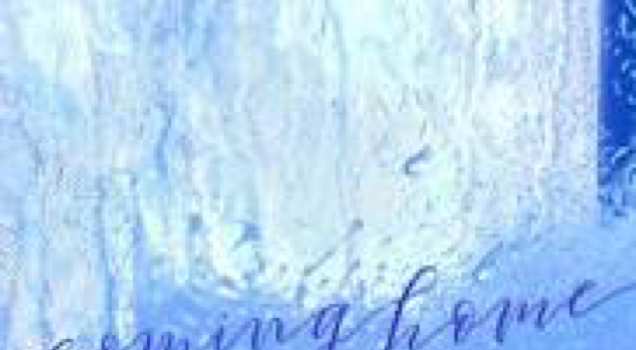 Coming Home to Belonging: Ingathering
Rest From Labors
Another Country